The meaning of the term coach as we use it in business today evolved in the 1800s from its original meaning of a carriage. At Oxford University it began to be used as slang for a tutor who carried a student through their exams. And that meaning still holds true to today: a coach is a person who helps another achieve something they could not do on their own.

That's a noble pursuit and, as we all know in theory, a very effective business strategy for developing and reta ining a strong workforce. So why isn't it employed more often? Why are so many coaching programs, maybe your own, not delivering the results and getting the support they should?

In our work with clients we've heard a number of reasons that managers don't coach, or don't prioritize coaching.

In this day of constant change, increasing demands from stakeholders and customers, they just don’t have time for coaching and developing their people. You can argue that that is kind of like not having time to take your car in for servicing and being surprised when it breaks down, but a time shortage is a reality in business today. Despite all of our advancements in technology, days are still only 24 hours long.

Don't know where to start 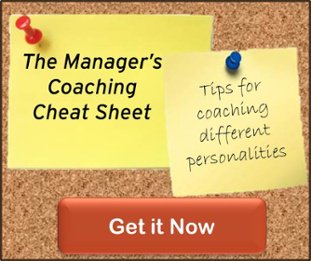 With any time we do have, often attention goes to the people who are really struggling or are perceived as “the problem children” and so their efforts are focused more on performance issues than on coaching and development of their key people. So, if I can turn my mind to coaching, where do I start? We hear this question a lot from clients. Just where do I begin with coaching?

"Stuck in a rut" relationships

We also find the “stuck in a rut” relationships with longer term employees. These are situations where you typically have an employee who has been with the organization for three-plus years and their good and bad habits have just become “the way it is.”  The manager learns to live with it and work around it. It's not that their performance is necessarily bad, it’s just that it is not getting any better and the manager has pretty much given up on trying to change things.

Don't have the skills

Often managers don’t feel that they have the skills to break these types of cycles, or to provide coaching efficiently in the time that they do have. The reality is that they are probably more skilled than they think, but they just don’t have a context to think from when it comes to coaching and developing people.

All of this culminates in a perception that it is just not worth it. The time I invest likely wont be worth the pay off. And so mediocre performance just sits there until it becomes a crisis. And top performers get ignored to some degree, which can lead to turnover of some of your best people.

We've heard all of these challenges from our clients. Each one is enough to keep an organization from executing an effective coaching program, but we often find more than one at play. The good news is that there is a single approach that can break the back of each of these challenges and help managers get engaged in coaching, feel they have the skills and begin to see a return on investment.

Strategies For Managing Through A Crisis

What does it mean to be a leader during a crisis? The pandemic caught all of us... read more

The business world as a whole has faced an unprecedented amount of disruption... read more

Retain Millennial Employees With These 6 Tips

Millennials have become a force to be reckoned with in the current talent... read more

The most recent statistics have arrived concerning employee engagement, and... read more